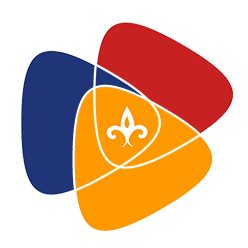 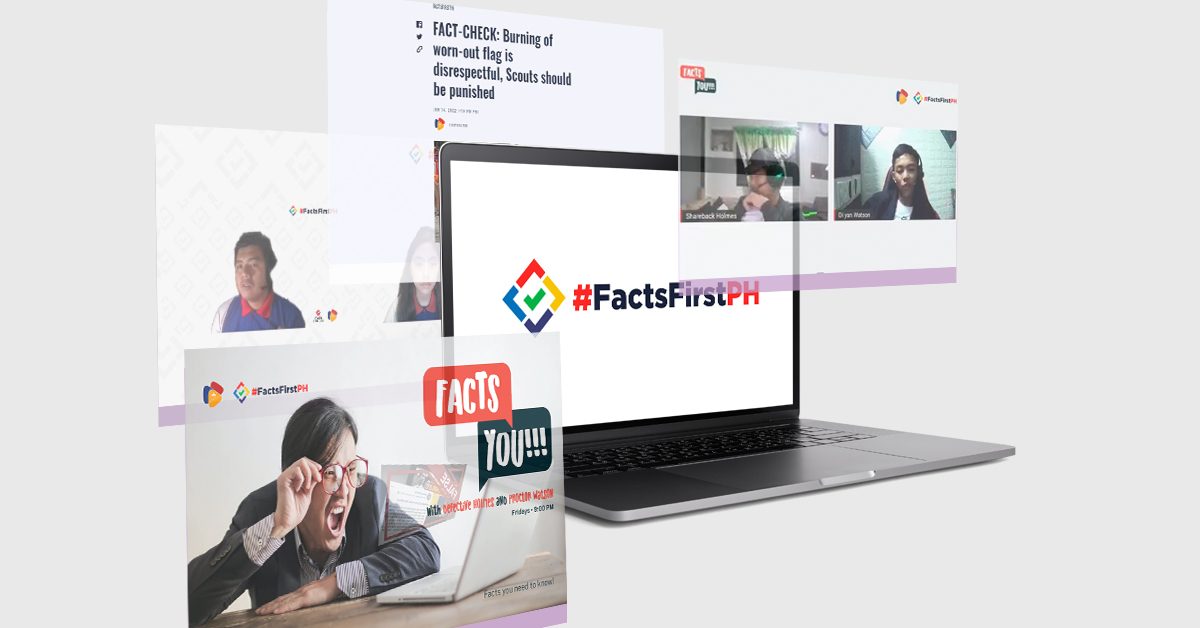 Facts You! wraps up its #FactsFirstPH campaign but the fight against mis/disinformation is far from over.

Social media is a universal experience these days. It has become impossible not to find anyone you know with a single click— even beloved house pets have their own profiles with their own friends list. In fact, as of 2022, at least 58% of the total human population uses some form of social media (that’s more than half of us walking on this Earth!). And unsurprisingly, Meta’s Facebook is leading the ranks in terms of usage.

There are a lot of reasons why Facebook is a go-to: it’s easy to use, engaging, and it helps people connect regardless of distance and opportunity. With every Filipino spending an average of more than 10 hours every day on the internet (which by the way, landed us second on the list of countries who use the internet the most), it’s not so shocking that Filipinos are quite accustomed to Facebook. The term “accustomed” being an understatement as the Philippines is sixth in making up Facebook’s audience size.

Unfortunately, Facebook is no stranger to fake news. According to a study conducted on the 2016 US elections, Facebook spreads fake news faster than any other platform—referring users to fake news more than twice as authoritative news. Another study concluded that Facebook posts from sources prone to misinform gain six times more engagement than reputable news sources.

The Problem with Fake News in the Philippines

So what if fake news is spreading twice as much as authoritative news? The Social Weather Stations report that seven out of 10 Filipinos certainly think that it’s a problem. This is a problem because among the 20 percent who often encountered fake news, the 40 percent who sometimes saw fake news, and the 35 percent who seldom read it—at least 51 percent of Filipinos find it challenging to differentiate fake news from factual information.

Fake news, especially when unspotted and unchecked, can cause harm. It can lead to political and social misunderstandings, public distrust of authoritative media sources, and feed into confirmation bias which hinders societal growth (ie. progress with the recent COVID-19 vaccination roll-out). Fake news can also lead to misinformation, distortion, and eventually revisionism if it isn’t addressed.

Our Role in Battling Mis/Disinformation

With the ongoing infodemic, it’s important to use every manpower possible in joining the fight against misinformation. AMAPS, as an organization established in 2020, was able to see and live through the fake news infecting every social media platform possible during the COVID-19 pandemic and the 2022 elections. Both of which were heavily affected by it, multiple fake news were released surrounding the vaccines being provided for the pandemic which caused disagreements and distrust. Multiple propaganda materials were also released months leading up to the 2022 elections which ultimately affected the course of events. From 2020 until now, AMAPS has sworn itself to transparent and truthful news dissemination which brings with it the responsibility of fact-checking and correcting misleading sensationalized media which affect Filipinos.

#FactsFirstPH and Facts You!

AMAPS became a part of the #FactsFirstPH alliance on 26 January 2022, joining more than 100 organizations in pioneering the initiative. In maximizing and effectively utilizing our platform, AMAPS proposed “Facts You! Facts you need to know” as a way to reach a new audience in a different and more engaging manner. With eight episodes, Facts You! aired for a cumulative nine hours with topics ranging from entertainment, and health, to politics.

The show was embraced by the Scouting community with at least a 12 percent more engagement rate than the page’s other live programs. The AMAPS Facebook page received an overall positive feedback, gaining a total of 1,343 new followers since the start of the campaign— signifying the effectiveness of being able to reach our target audience. On top of streaming the show, AMAPS also used its platform to publish fact-checking articles leading to an 811.1% increase of published posts for the page. One of which, we published and gained a 34.2% engagement rate on our social media.

How You Can Help

AMAPS was able to encourage seven governing bodies of the Manuel G. Araullo High School to be a part of the #FactsFirstPH movement by distributing fact-checking articles and materials. Start by sharing fact-checking articles to your wall and circles, and help us battle the fight against fake news. Use the triangulation method when encountering new information. Be critical and report sources that encourage fake news. Learn how to spot fake news here. It is always better to start with yourself and to learn how to spot fake news so you can help avoid its spread.

The Philippine Scout Tribune reveals its new and fact-dedicated website

FACT-CHECK: Burning of worn-out flag is disrespectful, Scouts should be punished